Thanks to the digital age, businesses reaching out to their customers has never been easier. One of the earliest forms of advertising dates back to the Egyptian civilization, when papyrus was used to make sale messages and were limited to where these messages were placed and how many a business could make. Today, a small startup can advertise their business to customers around the world with a few clicks from their computer in their own home or office.

But when businesses can easily reach out to their customers online (and over half the world’s population are already on the internet), the biggest problem is no longer trying to reach out to a business’ target audience, but rather the message they’re trying to give.

Decades ago, McDonald’s could get customers in by telling them that their Big Macs are delicious and worth a certain price. While some ads like these still exist today, it’s not enough for a brand like McDonald’s to just talk about their food and value: they also have to tell a story. Because with the internet providing so much information to its users, any other website can tell you how much a Big Mac costs; an ad telling the public its cost is just a waste of money. So now corporations need more than just ads that don’t just tell people literally what it is they’re buying, but also the why they have to buy the brand in the first place.

The Rise of Woke Advertising: Gillette and Nike

In the last few years, there have been notable advertisments that have led to the coined term “Woke Advertising.” These are ads that touch on sensitive political or social topics that are currently abuzz on the internet. For example, in early 2019, Gillette released their controversial “The Best Men Can Be” ad.

The ad picks up the #MeToo movement, but through the perspective of men. It tackles the topic of toxic masculinity and how men can be better (in contrast to Gillette’s 30 year slogan urging men to simply be “the best a man can get”) by supporting women and each other despite masculinity stereotypes.

Gillette then took their campaign beyond this short-film-slash-commercial by uploading their stance on the #MeToo movement on the website. They acknowledged that their brand played a role in influencing culture (not-so-fun fact: In the early 1900s, Gillette was one of the brands that convinced a generation of women that body hair was unsightly and they needed to shave to stay well-groomed, a belief that didn’t exist until then), and with their ability to influence their dominantly male audience, they wanted to send a “positive, attainable, inclusive, and healthy versions of what it means to be a man.”

Or we can look earlier ads like Nike’s Colin Kaepernick ad campaign in September 2018. For those of you who don’t watch American football or aren’t very updated on US political activism, here’s a very brief background on who Kaepernick is. He is a former American football quarterback who, in 2016, sat down while the national anthem was playing before his game began (Americans would usually stand as a sign of respect and patriotism). In the following weeks until 2017, Kaepernick would choose to kneel rather than stand as a sign of protest against racial injustice and systematic oppressing in the United States. After his contract with the San Francisco 49ers ended, he could not sign on to any other team, accusing the National Football League of trying to keep him out. A year later, Nike released this ad.

One ad talked about men striving to be the best versions of themselves, while the other was about daring to achieve dreams others would call crazy. Inspiring enough messages, but met with mixed reviews. Why?

Because these ads were labelled as “too woke” by many consumers.

The internet gave ads like these the term “woke advertising” for addressing social and political issues that are a trending issue during the time it was made. While some consumers (especially on the left) would support these kinds of ads, more conservative individuals condemned the ad and urged brands to stay out of social and political issues. After all, people want razors and shoes, not values and morality.

If you watched both ads, you’ll notice one thing: neither of these ads promote their brands’ products. Sure, you see men who are the target audience for razors and athletes who wear sports shoes, but you aren’t seeing that typical commercial format including a disembodied voice talking about their products’ features and price. What you do notice, however, is the social issue and where these brands stand.

By saying men can be better versions of themselves, Gillette sides with the #MeToo movement which stands for both men and women victimized by societal norms and gender roles urging them to stay quiet. And by featuring Kaepernick talking about how he “lost everything” doing what he believes, it becomes clear that the brand supports his decision to kneel in protest. And when big brands have to choose sides in a social debate, they risk offending the other side – and that side has their consumers, too.

In the past, plenty of brands, celebrities, and other public figures have kept mum about their political opinions in fear of losing fans or consumers who see things differently. However, we’re in an age where many people who could afford to stay quiet can no longer do so at risk of being misinterpreted. For example, from 2009 to 2016, singer Taylor Swift was known to keep quiet about her political views. Her silence allowed her white supremacist fans to form a theory that she supported Donald Trump and was hailed as “a pure Aryan goddess” because she had the physical traits neo-Nazis praised.

And once it proved that celebrities could survive offending the political beliefs of a portion of their fans, brands like Nike, Gillette, P&G, and other brands around the world have decided to take a stand on social issues. 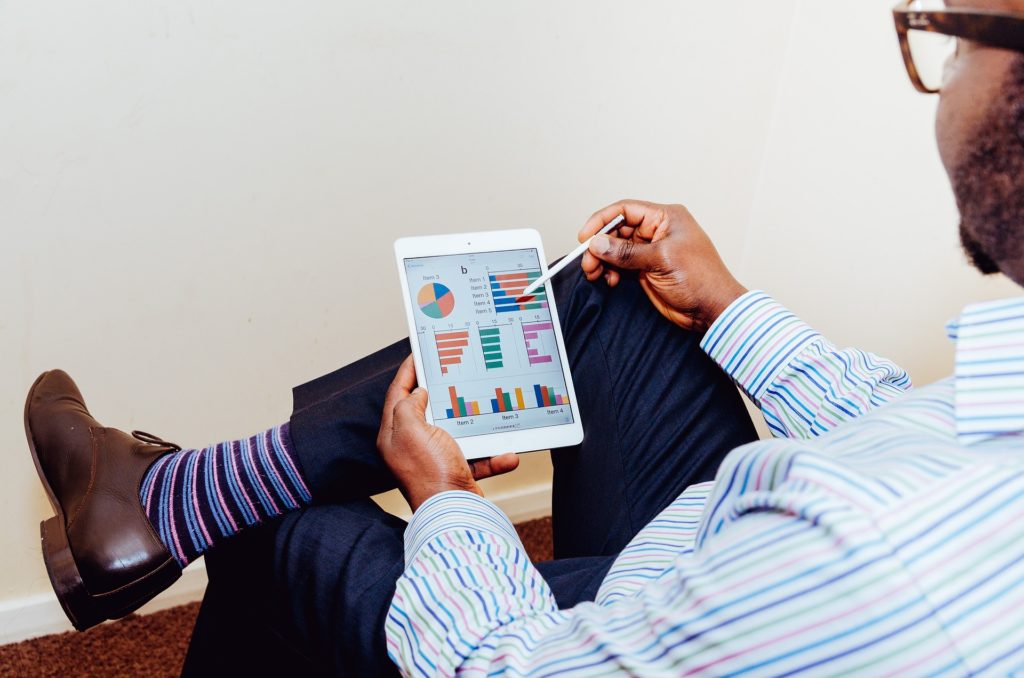 Despite some consumers’ cries to switch from Gillette razors or destroy their Nike products, however, woke advertising when done right can be good for business. Despite people protesting against Nike’s Kaepernick ad, for example, Nike’s net worth increased over $6 billion after the ad was released (because, in hindsight, whether you burn or wear those Nikes you bought, you’ve still handed Nike your money). Here are the main reasons why woke advertising is worth the risk of backlash.

This is a hit or miss key point. Remember how Pepsi’s Kendall Jenner ad was a blatant reference to the Black Lives Matter movement that just fell flat? Again, the key point to a successful woke advertising movement is woke advertising done right. When the head of a vague protest (we can only assume this was a watered-down reference to the Black Lives Matter based on the imagery) is a woman known for her privileged family and isn’t linked to any oppression and wouldn’t understand the fear of standing in front of policemen during a protest, your ad isn’t exactly screaming “relatable.”

But when done right, brands can take a stand on social issues despite the backlash. This can be as simple as businesses supporting greener and sustainable practices (which is a simple way of saying they believe global warming is real, which many people are against) to downright acknowledging hard truths in race, sex, and gender.

With the rise of the millennials taking over the economy just over the horizon, businesses can expect to change their strategies – one that is more socially conscious, relatable, and recognizes the issues brands have tried to stay away from in the past.

Remember how I said advertising is now easier because they have the internet to help them reach out to customers at a scope that businesses couldn’t have done pre-internet era? That’s a double-edged sword as now businesses are also put under the spotlight, not just the ads they want their consumers to see. In the past, businesses could get away with hiring cheap labor and unethical production processes, but with social media having the ability to destroy a brand just with one viral post, the pressure is on corporations to be seen as this beacon of light in a sea of money-centric competitors in its industry. It’s not enough to tell millennial consumers, “Buy me, I’m pretty sure I’m the best among my competitors,” when your competitior is saying, “Buy me, I recognize what’s wrong with the world and we’re using our brand to share ideals that you agree with, too.” 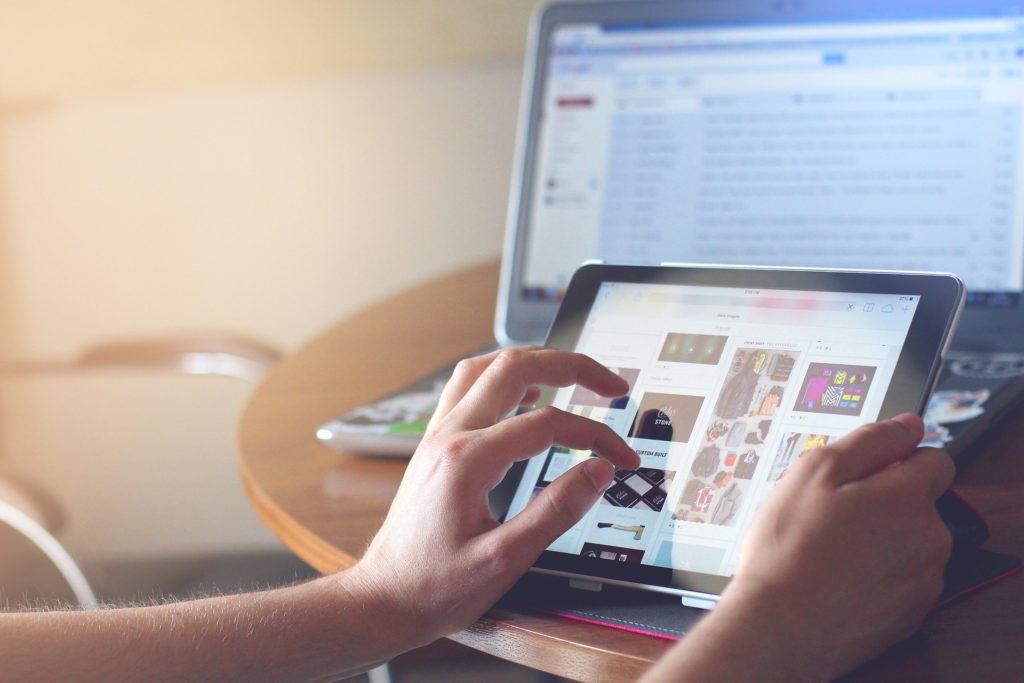 I’m not a fan of the saying “bad publicity is still publicity,” but in this case, woke advertising makes a strong point in favor of it. Because whether or not you agreed with Gillette and Nike, you (and millions of people on the internet) were definitely talking about it. And that’s what creates a viral campaign that gets the brand name out.

Remember Fyre Festival? While it was a disaster party, it had a marketing plan that business students will be studying for years to come. Sure it paid agencies handling influencers and major models to talk about it, but the buzz it got from social media users and press was worth way more than it spent on marketing.

Gillette and Nike knew what they were doing when they decided to go in the direction of woke advertising. It would mean backlash, but it would also mean buzz.

Whether you agree or disagree with a brand’s message, there’s no denying the marketing power of woke advertising. However, should you decide to use this on your business, proceed with caution. It worked with Nike and Gillette, but it failed with Pepsi. And what do those three brands have in common? They’re all multi-billion dollar corporations that can afford to receive negative press.

Should they handle woke advertising well, they can afford the boycotts and receive higher sales as Nike had proved. But if they fail, they can easily wait out the backlash to die down (as all internet trends eventually do) before continuing on – and the fact that Pepsi still operates successfully is proof of it.