As an investor, one of the most common questions I get from my tech-forward and progressive investor friends is, ‘how do I invest in SpaceX stock?’

The short answer I give is: you can’t. Elon wants to keep SpaceX a private firm until it achieves its mission, end of story.

The stock market system, and indeed our entire modern venture capitalist infrastructure, has ways around an eccentric billionaire’s strange caveat of keeping one of the most technologically advanced aerospace/commercial space travel/future space colonist company private. Sure, his reason for shunning outside investments is pretty noble, but what about the thousands, if not hundreds of thousands, of honest-to-goodness space geeks (like myself!) who want to keep this dream of traveling the cosmos and colonizing other planets a reality? It turns out, there’s a way to invest in SpaceX stock, but it’s not the way you think.

In the almost 2 decades since its inception and launch, SpaceX became one of the rare “unicorn” stocks in the market. Unicorn companies are privately held startup companies that are valued at over $1 billion. There aren’t a lot of unicorn companies out there, and even more rare are stocks for these mythical corporations.

But despite the shortage, people are desperate to get their hands at some sweet, sweet SpaceX stock. After all, it’s one of the most popular corporate websites among private companies (according to competitive intelligence tools), with more people looking into SpaceX and how to buy SpaceX stock more than any other unicorn companies out there.

But if you’ve been living under a rock this past decade or so, let’s take a brief look at what SpaceX is: 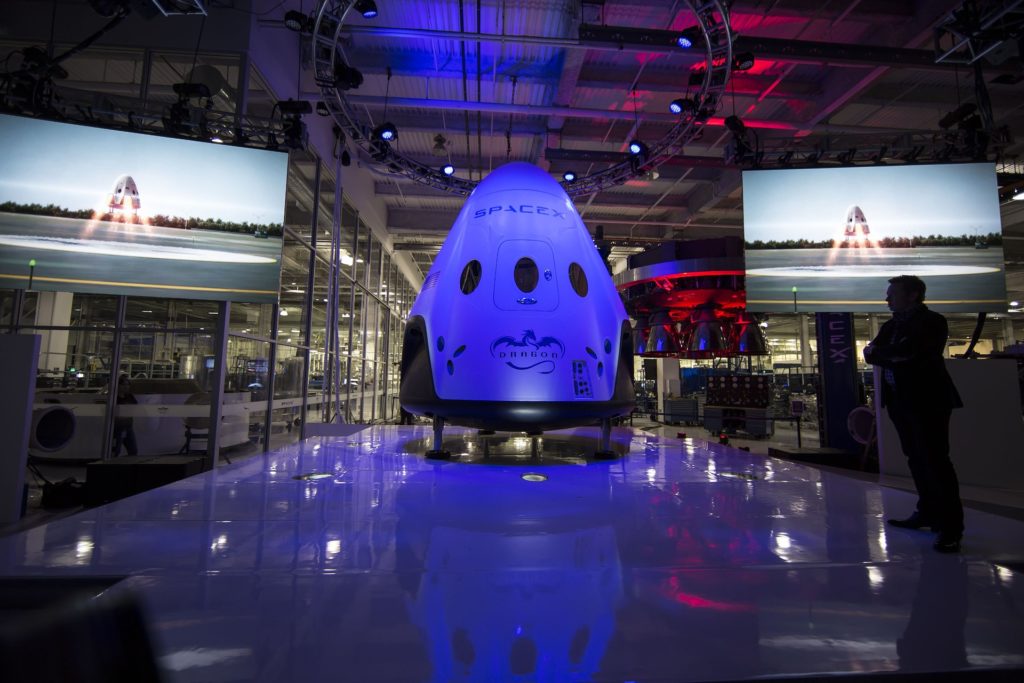 SpaceX is the brainchild of eccentric billionaire, genius, philanthropist Elon Musk. Yes, the same Elon Musk that founded Tesla, PayPal, The Boring Company, and many other high-tech industry leading firms. SpaceX was his foray into the aerospace industry, launching the company way back in 2002.

At the time of its inception and launch, SpaceX was primarily concerned with all things Mars, from research and flybys to colonization and terraforming. Some of its early goals sounded both lofty and sci-fi, but in the almost 2 decades since, it’s inched ever closer to those goals.

SpaceX became a leader in aerospace industry for one, simple reason: it did most of what it wanted to do on its own. You see, back then, the company tried to hire Russian companies to build rockets for them. However, Elon Musk balked at the price, saying that the Ruskies were being impractical with their pricing. The American companies weren’t being too helpful either; albeit slightly cheaper than their Russian counterparts, the Yankees were asking for equity shares of SpaceX, something Elon Musk found just as bad.

So, to minimize costs and keep SpaceX as private as possible, Elon Musk did something that people didn’t think was possible for an aerospace firm: he did it himself. SpaceX used what little funding it had to building its own rockets, using the most advanced production methods available to make the entire production process as efficient as possible, thus driving down costs and maximizing their capital potential.

In just a few years, SpaceX became this weird, sci-fi delusion of a rich nerd to one of the world’s most advanced private space faring companies. From just a handful of engineers, SpaceX now has more than 4,000 employees, a headquarters in Florida, rocket development facilities, several launch facilities, and multiple offices across the country.

In the past decade alone, SpaceX accomplished multiple firsts: it was the first private company to put a space faring vehicle into Earth’s orbit, the first to launch a payload into orbit and then successfully land its rocket back to Earth (something NASA has struggled with for decades), first to land its Falcon 9 rocket on a sea-based landing pad (something NASA hasn’t even tried to do), first to re-launch used rockets, and the first company to propose an actual, working strategy for colonizing the Red Planet.

And it achieved all of that while remaining a private firm with close to zero outside investors, so how does it maintain operations?

How Does SpaceX Make Money? 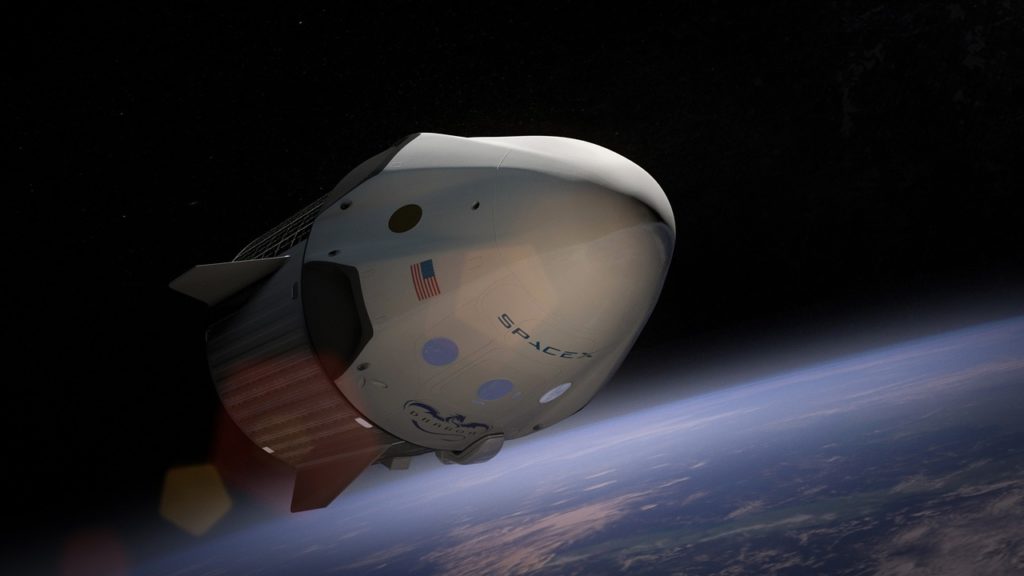 We did say ‘close to zero’ outside investors; back in January of 2015, investment firm Fidelity and your favorite search engine/internet giant Google joined forces and injected $1 billion into SpaceX in exchange for a relatively sizable 8.33% of the company, pushing SpaceX’s evaluation to $12 billion in that same year.

But beyond generous contributions like this, SpaceX makes most of its money from private contracts for all different kinds of spaceflight and aerospace related services, from launching satellites for sovereign nations (like the HISPASAT and the Arabsat 6A), to helping out NASA with resupply missions to the International Space Station.

So while the contracts and the Google/Fidelity money are enough to keep operations going (and maybe turn a bit of profit? More on that later), why doesn’t Elon Musk trade the company publicly? Well, it’s for a simple and pretty altruistic reason: he wants the company’s mission to be well above profit.

Musk tells Aeon in 2013, “I just don’t want [SpaceX] to be controlled by some private equity firm that would milk it for near-term revenue”. But that doesn’t mean he’ll never make it public: Musk is open to an IPO for SpaceX, but only when SpaceX’s Mars colony flights are completely operational.

So until then, how does SpaceX make money? That’s actually a difficult question to answer, mostly because SpaceX is a private company, which means that the SEC doesn’t require it to divulge its financial details. Anyone outside SpaceX who says they know how SpaceX makes money, including financial ‘experts’ and ‘stock market moguls’ (you know the ones I’m talking about) are basically lying: figuring out how SpaceX makes money, let alone how much money they’re making and where it goes, is all a complete exercise in guesswork.

Which isn’t to say we can’t make educated guesses.

From what we can gather, SpaceX makes most of its money from satellite launches: as of 2019, SpaceX charges commercial customers up to $62 million per satellite launch using its proprietary reusable Falcon 9 rockets, while complicated government projects, like launching a GPS satellites network for the U.S. military, setting up a satellite system for NOAA, or resupplying the International Space Station, can cost up to $100 million per launch. Since 2010, SpaceX has completed over 75 missions, with this year’s scheduled launches pushing those numbers up by another 20. Do the math, and you’ll see that SpaceX is earning more than its fair share, and while we’re not exactly sure how SpaceX spends that money, we can see a majority of it going into operations and research.

With that in mind, we can make a guess and put a number on SpaceX’s annual revenue at around $1.3 billion a year. Not bad for a private company; heck, it’s doing better than a lot of publicly traded companies out there. So, if (and it’s a big if), SpaceX were to do an IPO, it’s looking at a stock price-to-sales ratio of around 9.2. In contrast, SpaceX’s biggest competitors, Lockheed Martin and Boeing, have stocks that have a price-to-sales ratio of around 1.5 to 0.9, respectively.

So now the big question:

How Do I Invest in SpaceX Stock? 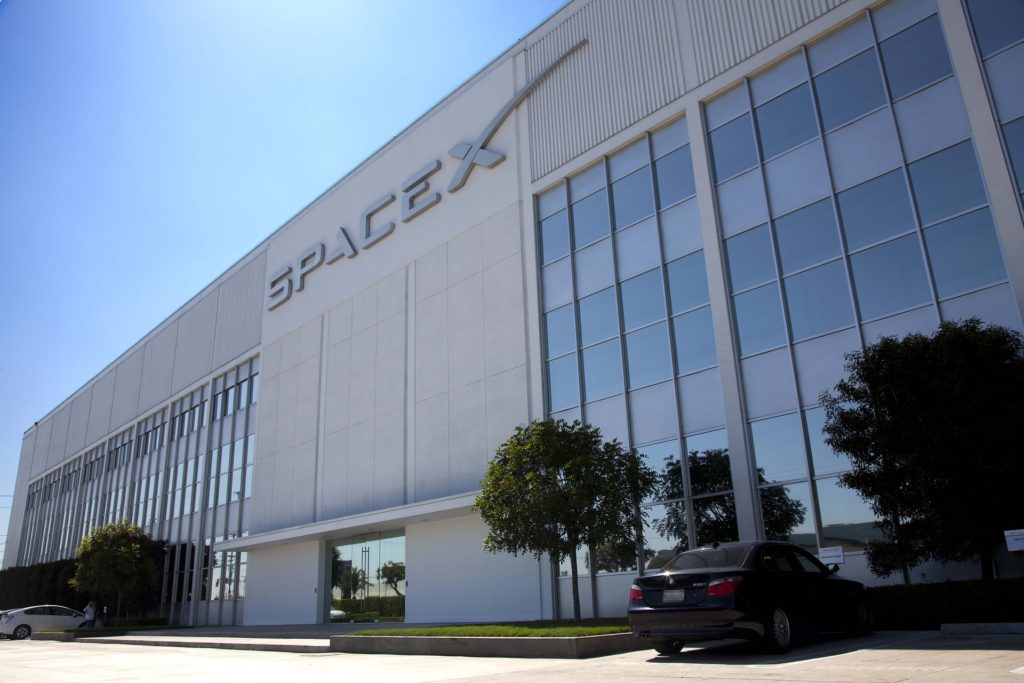 Simply put, you can’t: it’s a private company, and until we have full-time colonists and a fully operational society in Mars, Elon isn’t selling. However, thanks to the magic of the stock market, there are other ways to buy a piece of the SpaceX pie.

But before you accuse Elon Musk of being a greedy billionaire, know that the reason he doesn’t want to put SpaceX in the stock market is because he’s afraid of investors using it to profit rather than going to Mars. It makes sense, but again, what about honest-to-goodness geeks who just want to help make his dream become reality (and turn a healthy profit along the way)?

Well, there is one way to own SpaceX stock, and that’s through Google. Remember how we mentioned that Google and Fidelity own 8.33% of SpaceX. By investing in Google’s parent company Alphabet (NASDAQ:GOOGL), you’re investing in a (small) part-owner of SpaceX (and, by extension, a lot of Google services, the Android OS, and a bunch of other cool Google projects).

Valued at over $730 billion, Alphabet is one of the most dominant companies in the tech industry; investing in them isn’t just a good way to part-own SpaceX stock, it’s also an extremely smart financial investment, especially considering that, while tempting, SpaceX stock is neither cash-flow positive nor profitable (considering that it seems to reinvest all or at least a plenary majority of its profits back into operations and research).

So there you have it, if you want to invest in SpaceX stock, invest in its 8%-part-owner, Alphabet. But don’t expect to make money off of Musk’s Mars company, at least, not yet.