In the past decade, no name may be more recognizable than the CEO and founder of Amazon, Jeff Bezos. The services given by his company have been prominent and essential for many, especially during the Coronavirus pandemic.

Aside from being the founder and CEO of Amazon, which is the world’s largest online retailer, Bezos is also the owner of The Washington Post. He has a net worth of $130 billion, making him one of the richest people in the world.

As with all successful individuals, Jeff Bezos had been criticized for his business practices and accused of running a monopoly. But there are also others who have praised him for his innovation and success.

No matter people’s various points of view, the story of a man born from a working-class family and rising to become the richest man in the world, is one that any entrepreneur can learn something from.

Here are a few memorable Jeff Bezos quotes that all entrepreneurs can learn from.

Amazon’s story is one of the most well-known success stories in business. The company was established in 1994 and initially started out as a bookseller with the promise of delivering any book to any reader anywhere.

While he had many naysayers saying that the company would eventually lose its marketplace, they didn’t quite understand that Bezos did not plan Amazon to be just a book-selling place but an “everything store” instead.

Selling books was just the beginning, he wanted to succeed in online retail, and fast. He even had the slogan “Get Big Fast,” printed on employees’ shirts.

Amazon evolved from selling books, to offering associate programs where other sites can sell their products on Amazon as well. By 1999, they were selling music and movies, consumer electronics, video games, software, and more.

Jeff Bezos knew that Amazon isn’t just a bookstore or a retail company but more of a technology company. By 2002, the company launched Amazon Web Services (AWS) a feature that offers data on internet traffic patterns.

It then expanded to Elastic Compute Cloud (EC2), a division that rents out computer processing power, and then began to rent out data storage over the internet through Storage Service (S3).

Now, Amazon also has the Amazon Kindle e-readers, a product that shook up the e-book market. Aside from the e-reader, it also released its table, the Kindle Fire, a budget-friendly tablet that’s also one of the most successful products Amazon has ever launched.

Amazon now even has Amazon Studios, which creates shows that are shown on Amazon Prime.

From its history, you can see how Amazon clearly walks the talk. It has evolved from a bookstore that promises to deliver any book to anyone, anywhere, to a company that can offer everything you need in the comforts of your home.

There is no question that the variety of goods and services Amazon has to offer is very appealing to so many people around the world, however, it was Amazon’s customer service and customer experience that gained it the loyalty of its customers which resulted in its profitability.

With Amazon, personalization tools and product recommendation features are some of the most consistent aspects of the business. This applies to any product or service.

If you also notice when visiting Amazon.com or using any Amazon product, the customer review section is always highlighted and clearly visible. Customers are also recommended items or products based on their purchasing history or data from buyers with the same history.

Amazon has fostered a community where customers can freely give their feedback and help other customers find or discover the right products.

The best defense against the future is to be able to take a punch and to be quick, innovative, and able to do your job at a high speed. You also have to be always leaning into the future because if you’re leaning away from the future, the future will devour your business alive.

Since the beginning, Bezos has earned a reputation for his management skills and the way he always expects the best from his employees. His work ethic can be seen in Amazon’s Slogan, which is “Work Hard, Have Fun. Make History.”

Employees who work at Amazon are expected to work hard and work smart, however, they are also not restricted from experimenting and making mistakes. Failure was acceptable as long as it came with a lesson that could help boost the next plan.

The goal is to be strong and robust enough to make history and Bezos understands that to arrive at that point, mistakes have to be made.

For example, when it comes to websites, there are owners or web developers who unleash their creativity in designing the website, adding their own touches, or foregoing the basics and what is already known to most people. Over designing a product (ex. A website) can become an unnecessary puzzle-solving exercise for consumers instead of a smooth customer experience that would have them coming back.

Experiments, by their very nature, are prone to failure. But a few big successes will compensate for dozens and dozens of things that didn’t work.

Jeff Bezos admitted to making billions of dollars worth of mistakes in his journey to growing Amazon. He also stated that dwelling on these mistakes is similar to a root canal with “no anesthesia” and is pointless.

Having a grand idea is one thing, but experimenting with it and betting on it is another.

Making bold bets is a part of the game. Of course, you would have to do the work and the research, but in business, you can’t really be 100% sure that something is going to work.

Amazon did fail with some of its products like the Fire Phone. An idea won’t always work but some will do. Examples of bold bets that did succeed are AWS, Kindle, Amazon Fire, Amazon Prime, and third-party seller businesses.

Today, Amazon is working on its Prime Air drone delivery service, a drone technology service that is designed to deliver orders to customers.

This is just one of the projects Amazon has under development. The important thing here is to be clear about what kind of company you’re building so that everything that you do in the future aligns with that.

Jeffrey Preston Bezos, more commonly known as Jeff Bezos, is an American businessman, investor, and philanthropist. He is the founder, CEO and president of Amazon.com, Inc., a multinational tech company specializing in e-commerce, cloud computing, and artificial intelligence.

In addition to his work at Amazon, Bezos also owns The Washington Post and Blue Origin. He has been described as one of the most influential people in the world.

Born in New Mexico, and raised in Houston, Texas, he graduated with degrees in computer science and electrical engineering from Princeton University in 1986.

He then worked on Wall Street for D. E. Shaw & Co., a hedge fund, before quitting to start Amazon in 1994. Amazon was originally headquartered in Jeff’s garage in Bellevue, Washington. The company started as an online bookstore and has since expanded to offer a wide variety of products and services, including cloud computing, digital streaming, and artificial intelligence.

Though rumored to be a demanding boss, he is a visionary and an inventor who knows what his goals are, what his priorities are, and how to align them to bring out the best results possible.

Jeff Bezos is living proof that a burning passion should be backed up by the willingness to make a ton of sacrifices to be able to bring ideas and visions into normality. 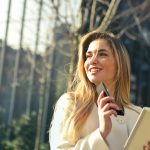