As a salesperson or someone working in retail or any department of your company involving making important pitches, how sure are you of your skills? When it gets down to the important bits of closing a sale or making a pitch, are you so confident of your skills that you can sell ice to an Eskimo? Or, taking the line from the 1995 film Tommy Boy, have you honed your Midas’ Touch so well that you can sell a ketchup popsicle to a woman with white gloves?

I know a lot of salespeople will be confident enough of their skills and say that, yes, they are capable of making a sale. They’re persuasive, good talkers, and know how to upsell the best parts of their product or service – and isn’t that what a good salesperson does?

Unfortunately, I’ve seen a lot of people pitching and trying to sell a product, service, or idea – and they don’t even come close to being a good salesperson. Why? Because they can talk for hours and try to upsell a product, but when it comes to reading a room, they are so inept at empathy that they don’t realize they might as well be pitching to a brick wall.

The Importance of Reading a Room

In the film Tommy Boy, Tommy has to follow in his father’s footsteps and sell brake pads to prove that their family’s company still has a future after Tommy’s father’s death. Tommy’s father, Big Tom, built himself a reputation of being an effective salesman. In a fit of anger over Tommy’s inability to sell, Big Tom’s assistant, Richard, exclaims how Tommy is nothing like his father as his father could “sell a ketchup popsicle to a woman in white gloves.”

This line simply means that salesmen like Big Tom could convince people to buy a product even if they didn’t need it. Imagine a woman with white (and easily stainable) gloves buying a ketchup popsicle that was not only probably disgusting but could also drip down and stain her gloves red.

Tommy proved to be nothing like his father and lacked the charisma he had. However, he and Richard realized that what Tommy lacked in charisma as a traditional salesman, he made up for it in his street smarts and his ability to read a room.

In this scene, Tommy manages to convince a waitress to have the kitchen serve him chicken wings. He clearly wasn’t a charismatic salesperson, but what he did was understand what the waitress needed to hear to convince her to provide better service.

It’s more of a comedy movie than a drama film the likes of The Pursuit of Happyness and The Wolf of Wall Street, but it teaches salespeople an important lesson: you can be the best speaker in the room, but if you can’t read the room and understand who you’re talking to, nothing is going to happen.

How to Read a Room

Reading a room (or even just one person you’re speaking to) is easier said than done. But as someone who’s been both the buyer and the pitcher, I’ve found that saying the exact same spiel repeatedly isn’t going to work each time.

For instance, in any given store, I’m instantly turned off when a salesman or saleslady invades my personal space and feels like they have to upsell or convince me to buy whatever it is I’m holding. Call me and give me an obviously rehearsed speech and I’m highly likely to space out and politely decline whatever it is you’re offering. But what I do appreciate are salespeople who take the time to understand what kind of customer I am and how to best approach me.

Stephen Covey’s The 7 Habits of Highly Effective People points out the problem with most salespeople: they listen with the intent to form a reply that points back to making a sale, not with the intent to understand what their client really needs. It’s not enough for a salesperson to listen; they have to listen and understand.

According to Covey, most successful salespeople are those who can listen to their clients, understand what they need, and then provide a customized solution for that customer. Instead of assuming one sales tactic can fit all your clients (which will almost always lead to a false assumption that could cost you), it’s important to not only ask questions, but to also seek out hidden needs and prospects that you can bank on.

While not everyone can be an expert body language reader, simply understanding how your client responds to your pitch can also tell you how to go on. Sometimes, it may require changing your strategy, but it also means listening to verbal and non-verbal cues to help you better read your customer. Covey also suggests finding a hidden need your client didn’t know they needed and becoming more accessible to them. Because you can talk and talk all you want, but unless you’re not saying something that resonates with them, no one is going to listen to what you have to say.

Aggressive Is No Longer Effective

On the other hand, you know what’s no longer effective? Aggressive tactics. The only sales you’ll be making are from a few rare people who can afford to pay just so they can get you off their back. The rest of the time, you’ll just be dealing with angry customers calling you out for your high-pressure tactics.

Don’t you just hate it when, while browsing at a store, a salesperson comes and tries to upsell every item you so much as glance at? Or when you’re just walking and this random person won’t stop bothering you and insists you buy whatever it is they’re selling? Nowadays, that isn’t the way to sell to Millennials, but evidence shows dating decades of years ago that this has never been an effective selling strategy.

In a 1980 edition of Journal of Consumer Research, researchers Mona A. Clee and Robert A. Wicklund found that hard-sell tactics would more likely push away a potential customer rather than get them to buy. Through aggressive sales pitches, you’re not convincing someone to buy from you; in fact, you’re doing the complete opposite because you’re making them feel like you’re forcing them to make a purchase, which is threatening their freedom of choice. Instead of forcing them to bring out their credit cards, you need to make them believe that they themselves are willingly opening themselves up and voluntarily purchasing what it is you’re selling.

The only reason many salespeople still think aggressive sales tactics are enough is because, in the past, people would still shell out cash when presented with these tactics. However, a 2002 study by psychologists Daniel Kahneman and Amos Tversky showed that cognitive biases (basically wrong or limited information that presents itself as the whole truth when it comes time to make a decision) are a part of human behavior, and salespeople are trained to play on these cognitive biases. Part of their aggressive tactics is to pressure you into buying these. Have you ever been convinced by a salesperson to buy a product only to feel buyer’s remorse when you get home and look at the product once more? Then it’s possible they played on your cognitive biases.

You might be thinking along the lines of, “Who cares if they feel buyer’s remorse? I’ve already made a sale. What they do after is up to them.” That may be true, buy if you’ve read Covey’s book, then you know that this is a very nearsighted way of approaching your sales. And a 2015 study from the Journal of the Academy of Marketing Science proves this is the worst way to go if you’re looking at long-term results.

Researchers Jim Zboja, Diana L. Haytko, and Ronald Clark found that while high-pressure sales tactics can get some salespeople to increase their sales in the short-term, they’re not thinking about the long-term effect it has on the customer and the image it has on the company. Their research found that aggressive sales pressure results in low satisfaction from the customer and low trust on the company.

So, let’s say that Company X’s salespeople use aggressive sales tactics to get Customer A to buy one product. Some salespeople may see that as the end of their job, but the buyer’s remorse Customer A feels will have an effect on how they see the brand and how they feel about the product. Customer A will be unlikely to return to Company X when they need the same product once more, and when asked by friends and family, Customer A will be unlikely to recommend Company X. Customer A may just be one unhappy customer, but if this is a recurring tactic that’s been used on hundreds or thousands of customers, Company X may have a growing negative reputation.

And there are actually instances where a company known for their aggressive sales tactics and buyer’s remorse ruins their reputation. Dead Sea is a cosmetics company known for having aggressive sales tactics. While their strategy has allowed them profit, it has also earned them cases in several countries, including Singapore, the Philippines, and New Zealand. In many cases, people would feel like they are being forced to purchase their products rather than them willingly purchasing their products. So, while they are selling the product, their high-pressure and aggressive tactics are actually giving them a bad name.

There is more to selling than just being a good talker. If you don’t know how to read a room and understand what a customer needs, you’re setting yourself up to fail by either trapping yourself in an echo chamber just for the purpose of hearing you speak, or you ruin the reputation of your business because you’ve pushed customers into purchasing something rather than trying to convince them why they need it. Going back to the original question, a successful salesperson, therefore, can sell a ketchup popsicle to a woman in white gloves not because they pressured her into buying it, but convinced her that it is what she needs and is worth her money. How do you do that? That’s where empathy and creating a strategy for that one customer comes in. 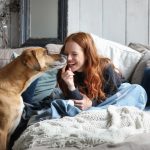 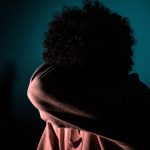 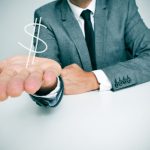